Labour of Love – Lessons from the Gospel of Mark 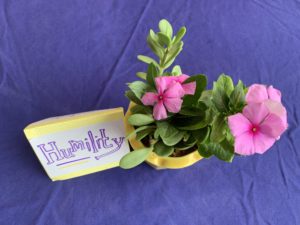 Today is Labour day in India. Millions of Labours in India are severely impacted due to the current pandemic. The essence of this Gospel can be best applied in the context of COVID 19 world we live in. The question we should be proactively asking at a time like this is, ‘Who is my COVID 19 neighbour?” It could be people that have served you in the past – your carpenter, plumber, barber, dhobi wala, maid, and people who you know are really struggling to survive right now. It’s our turn to serve them well.

My wife and I were so encouraged when our oldest came to us in the early days of lockdown and gave us Rs 2500 and said, ‘Mom, this is all I have right now but can this be given to Laxmi’s family?” Laxmi used to work in our house about a year ago. We decided to add to the amount and purchased enough supply for one whole month for this family. Later that evening, at our family prayer time we made a list of people to systematically help. These were not just ‘poor and needy’ ones. But also the not so poor folks who have genuine difficulties. It has been a sheer joy to serve these precious people without making them feel obligated or less than human beings. We should be careful not to take away people’s dignity in our attempt to helping them. Jesus is extremely sensitive to the needs of people & respectful of human value. We should become like him.

The Gospel of Mark is the fast-paced, compelling story of Jesus Christ written by John Mark, according to the earliest reliable tradition. The book comprises two main parts, with several surprises woven through the narrative. The opening half of Mark answers the question: Who is Jesus? The second half addresses another important question: What did Jesus come to do?

While Mark’s portrayal of Jesus is very clear to present-day readers thanks to his opening statements in the book, the people in the actual stories do not know who He is yet. These real-life characters discover the Protagonist as the greatest love story of all time unfolds.

As you read Mark’s account, observe the different sets of people: There are crowds of Jews who follow Jesus and the religious leaders who suspiciously sneak around him. Don’t forget to notice Jesus’ own family, his closest disciples, and even the demons who are caught up in this all-important question: Who is this man?

As background to the book, it is also important to understand that the Jews, during Jesus’ day, had extremely specific ideas about the Messiah – what He should do and how He should look. For instance, one popular belief about the Messiah was that He would set up His kingdom by overthrowing the enemies of the Jews.

The people’s ideas of the Messiah were based on political ideology rather than a spiritual framework. As the Jews of the time were ruled by Romans, they assumed that the Messiah would overthrow the Roman empire and set up His political kingdom.

Keep this setting in mind as you read how Jesus breaks onto the stage in first-century Israel with a clear message: It is time for God’s rule to come to earth!

In the book, Mark shares the story of Jesus healing a blind man (Chapter 8). That healing encounter takes place in two stages, where Jesus touches the blind man’s eyes twice.

The incident is sandwiched between two interesting and meaningful conversations that Jesus shares with His disciples.

The first conversation begins when the disciples forget to pack enough bread for their boat ride with Jesus (Mark 8: 14-21). Jesus asks His disciples several questions during this trip – perhaps He wanted to get them to think a bit deeper. Interestingly, the disciples don’t answer most of the questions. They stick with responding to the basic Math questions about baskets of food, instead!

The second conversation, starting from verse 27 onward, takes place after their encounter with the blind man. This time Jesus asks the disciples three hard-hitting questions: Who do people say I am? But what about you? Who do you say I am?

Peter gets it right when he answers with unequivocal clarity, “You are the Messiah.”

The disciples were much like the blind man. After Jesus’ first touch the blind man could only see fuzzy images, but when Jesus touches his eyes the second time, “his eyes were opened, his sight was restored, and he saw everything clearly.”

This blind man’s healing encounter is similar to the disciples’ journey toward understanding Jesus’ identity. At first, the picture is unclear, but then their eyes are opened.

Peter speaks for the whole group when he confesses that Jesus is the Messiah. Yes, Jesus would save Israel and bring God’s reign to earth.

Now that the scales have fallen from the disciples’ eyes, the second part of Mark’s narrative answers the question: What did Jesus come to do?

Jesus’ purpose on earth was far removed from what His disciples had in mind. He tells them the unexpected and, perhaps, unwelcome news: He has come to suffer, be rejected and then face the sting of death.

The disciples are not ready for this information. Like most first-century Jews, they believed that the Messiah would fight Israel’s battle against their oppressor and overthrow them. But Jesus has an entirely different agenda. He did not come to fight soldiers and armies. He came to fight a more formidable spiritual battle – a battle against the power of sin and death. He would win this battle in a remarkable and unexpected way: by giving up His own life. In fact, in many ways, Jesus was diametrically opposite to what the disciples had expected from a Messiah. Jesus makes that difference clear in Mark 10: 42-45 when He says:

“You know that those who are regarded as rulers of the Gentiles lord it over them, and their high officials exercise authority over them. Not so with you. Instead, whoever wants to become great among you must be your servant, and whoever wants to be first must be slave of all. For even the Son of Man did not come to be served, but to serve, and to give his life as a ransom for many.”

The key truth of Mark’s story lies in the radical statement Jesus makes, “I did not come to be served but to serve and give my life as a ransom for many.” In God’s economy, expectations are overturned and worldly hopes are dashed. Mark portrays Jesus as the Servant King.

While this Servant King was preparing to perform the greatest sacrifice in human history, His disciples could only think of themselves, their position and their safety. But we would be amiss if we pointed fingers at them.

Much like the early disciples, we too find it challenging to orient ourselves toward sacrificial service. The easier, more convenient, option, is self-absorption, to the point of ignoring certain people around us. In the world today, it’s easy to dismiss those considered by many to be less ‘significant.’ As we read the Gospel of Mark, let’s take note of how Jesus turns the spotlight on the marginalised, the unwanted, the forgotten, the insignificant and the social outcast. Let’s ask ourselves this question: Do we notice the people in the shadows? They are on the margins of our everyday lives in the form of maids, courier boys, dhobi-walas, chowkidars, auto-rickshaw or cab drivers and others doing menial jobs. Can we see these individuals as those made in the image of God and precious in His sight?

The Gospel of Mark challenges us to serve as Jesus did. It dares us to notice the people Jesus noticed. It asks us to break free of self-absorption and pour ourselves in the service of those we encounter daily. It causes us to wrestle with the question: What does it mean to follow in the footsteps of the Servant King?

This entry was posted in Headline. Bookmark the permalink.