How Radical is your life? 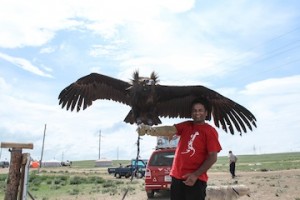 I am not sure what comes to your mind when you hear the word ‘radical.’

A lot of people think of something extreme when they hear this word. Well, everything is going to its extreme – extreme life, extreme sports, extreme adventure & sadly, extreme terror. Many a times being radical is associated to being an extremist. Can you imagine people blowing themselves up in the name of jihad? Most suicide bombers are under the age of 25 years. This is sad- Really Sad.Followers of Jesus are not called to this kind of radicalism

However, living a Christian life can be quite radical. Jesus walked a very radical life when He walked the Earth. He had a strict non-conformity value.

Christians are called to be light and salt in this world. In our pursuit to follow Jesus we need to ensure that we are not carried away by what is popular but rather by what is right. And for that, we need to learn to discern some very common errors Christians tend to make:

Jesus said, not everyone who says to me, ‘Lord, Lord,’ will enter in the kingdom of heaven (Matthew 7:21a). God is not impressed with what we say but He is delighted when we do His will (Matthew 7:21b). We can say all the right things a Christian should say and still miss the mark. A true follower of Jesus pursues and conforms to the Will of God. This really means living a life that is not conforming to the standards of this world. It is easier to be squeezed into the worldly mould that is often set up against the values of God’s kingdom. For example, the world system tells us to take revenge when someone hurts us, but Christ teaches us to forgive. The World system tells us that we are great when we have many servants, but Jesus says we are great when we serve many people. It is one thing to say that we should forgive and totally another thing to actually forgive. The former is being religious and the latter is being radical.

But is doing enough?

A lot of people think in order to be radical, we need to emphasize doing more ministry. And the ‘ministry’ they refer to usually are the ones that attract a lot of attention – God does give His children the ability to prophecy but prophesying doesn’t necessarily impress God.

I think of Moses, who was angry, and in his anger disobeyed God – God told him to speak to the rock, but he hit the rock in rage. Did the miracle happen? Yes it did. The Miracle was from God, not from Moses. Perhaps, those who saw Moses were impressed by his ability to bring water out of a rock. But little did they realize that it did not impress God. Moses faced the consequences of disobedience.

A lot of Christians chase the spectacular gifts of the Holy Spirit. There is nothing wrong with those gifts but the receivers often get it wrong. The Holy Spirit gives us gifts not to make us heroes or to swell our egos. He gives us gifts to become better servants. Jesus said, Many will say to me on that day, ‘Lord, Lord, did we not prophesy in your name, and in your name drive out demons and in your name perform many miracles?’ Then I will tell them plainly, ‘I never knew you…’

Being radical is not about doing more ministries but rather it is about being real with God. Ministry should always flow out of being not just doing.

Jesus talked about a wise man and a foolish man (Matthew 7:24-27). The wise man was the one who applied what he heard and the foolish person was one who did not apply his knowledge.

Application is everything. Applying God’s word to our daily lives is being radical. Jesus made it very clear by saying that when we think in terms of implication, our entire perspective to what Moses taught us changes. Therefore, murder is not just an act of killing someone physically but it is fundamentally and indifferent attitude against another person. Adultery is not just when a person goes horizontal with another person’s wife but it is when the mind entertains sexual thoughts. Radical life effects the attitude not just touches a superficial action. It is radical to internalize God’s ten commandments daily.

Jesus did not preach a diluted gospel. His call is clear and radical. He did not compromise on His expectations. Even when a rich man came to him, he did not lower his standards. He challenged him to sell all that he had and then come to follow Him. The Rich ruler did not like it. He refused to follow Jesus as giving up his wealth was too much for him. Radical Christianity can cost you all your wealth.

Jesus made this teaching loud & clear. As his disciples heard Jesus about his demands of loving God more than their other relationship (Luke 14:26), about denying themselves and carry their cross daily (Matthew 16:24) and about giving up everything for his sake (Luke 14:33), these so called disciples started giving a lot of excuses (Luke 9:57-62).

Guess what happened to these ‘disciples’? They began to say, this is a hard teaching, who can accept it?’ (John 6:60). It was too radical for them and they weren’t ready to sign up for this kind of a lifestyle.

His call hasn’t changed in the 21st century. We have much to give up today and If we want to be radical we should focus on paying the cost of discipleship. A great majority of the disciples stopped following Jesus (John 6:66). Jesus was left with just his core 12 with whom He spent most of His time. But, even they deserted Jesus. By the time Jesus died on the cross all his disciples left him in one way or the other.

My strength versus God’s power

It is not possible for us to live a radical Christian life in our own strength.  We can take the example of Apostle Peter who tried his best to follow Jesus but failed. However, please note that this same Peter finally got it right. He began to live out the teachings of Jesus from the inside. What an amazing turn around as Peter became on the most effective disciples of Christ and eventually he died the death of a radical disciple.

How did that happen?

Jesus gave Peter another opportunity to follow Him like He always does with us when we fail. We should never forget that Christ is always going to help us – all we need to do is to be genuine in our pursuit of him. While it is not possible to be perfect , it is possible to be honest with God about who we really are. Humility is the willingness to be known for who we really are.

Let’s continue to take Peter’s example in . He invited Peter to a love relationship with Him.

Loving Jesus supremely is a sign of radicalness. Jesus commanded Peter & others to wait for His Holy Spirit to empower them. They waited. The Holy Spirit filled them and that was the beginning of their radical lifestyle for Jesus.

They were willing to lay down their lives for the sake of Jesus Christ.

A radical Christian life is possible if the following is understood and applied:

True freedom is having God’s power to do God’s will. The gospel that Jesus proclaimed is powerful. It results in worshipping God in truth & in spirit. If our worship is faithful it will eventually subvert the values of the world system surrounding us. Worship will turn our superficial values, habits and ideas upside down. We will need God’s power to live this way.

Richard Foster said, ‘The world is not looking for more talented people but for deep people.’ My prayer is that we will allow the Holy Spirit to take us to a deeper Christian life and not settle for superficial Christianity. Remember, following Jesus is not about what you say, do or learn but rather it is about doing God’s will on a daily basis.

This is radical indeed!

This entry was posted in Bogi Blogs. Bookmark the permalink.

1 Response to How Radical is your life?