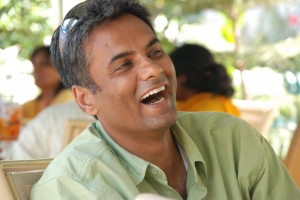 He was 9 feet 6 inches tall – A dream boy for any Basketball coach! His spears were huge, his armor was heavy, his shield was impregnable …in fact he was a professional champion from Gath[1]. His name was Goliath. About 3000 years ago Israel trembled with great fear because of this tall Giant. He was the biggest dude with the biggest mouth. Just when everyone thought he was too big a target to hit, a young Shepherd boy named David had a different perspective- For David Goliath was too big a target to miss – He defeated Goliath with one Slingshot. However, a careful study of this passage will reveal that his Slingshot was backed up with a lifestyle of principles. In today’s generation there is a great need for deep people who live on absolute principles.

In 2003 we had done survey among College students in Pune, Bangalore & Chandigarh and one of the questions this Survey covered was on pre-marital sex. The opinions of our Indian boys and girls were surprising. Many do not really have a problem with pre-marital sex and many feel its part of being cool. This is now the changing avatar of Indian youth. The idea of being “cool” or “beautiful” is defined a lot in terms of sensual parameters. The Times of India in Bangalore recently carried an article of the increasing problem of date rapes in Bangalore-Many get drunk in parties and have no idea what’s happening to their bodies …Words in our modern culture are often an indicator of our shifting perspectives…what do we call the life a Mother carries in her womb for nine months – A Baby or a Fetus? Ideas always have consequences and as a result of these changing ideologies, giants are being fed to become bigger, stronger and louder.…Old people are being abandoned, little ones are being killed, Girls are being raped, Lust is replacing love, taboos are becoming a norm – all of a sudden people are questioning any absolute standard. Well, if you are not convinced of these to be giants then consider their consequences – Materialism, Abortion, Rape, Suicide, Aids and other sexually transmitted diseases, murder, etc. These are thing’s we read about daily in our newspapers. Let’s explore some lessons from David the Giant Slayer so that we will learn to slay the false ideas and its consequences.

GIANTS ARE NOT GROWN OVERNIGHT

Goliath in the Bible was not a mythical character. He was a real person born as a child, then became a boy who grew up to be a teenager and soon became an adult GIANT. We need to remember that Goliath was not born 9.6 foot tall. He grew gradually. Giants are not formed overnight. They grow because they are fed. Think about habit patterns …it always starts unnoticed…it could just be a one smoke. One beer. One party. One peek into a questionable webpage, one compromise and gradually a giant is grown. Therefore, stop feeding those bad giants in your life.

Following are some ideas to starve these giants to death:

LOOK TO GOD NOT TO THE GIANT.

Goliath was a big guy challenging a nation whose king was already small in God’s sight. Therefore a lot of people saw no hope. But David was different – he was not just a subject of King Saul but also of the true & living God. For David, God was much bigger than this 9.6 footer.

Many young people have been abused sexually. Their emotions are badly damaged and often become victims of a sex driven culture of sin. For many of them it’s hard to see any way out and it’s harder to look to God for help.

No matter what has happened in your life God is able to help you right now because He is your perfect Dad. He is willing to set you free and heal you. He is willing to forgive you because that’s His nature and character. All you need to do is come to Jesus and confess your sin, weaknesses and situation.

If you have already gone too far and given away your virginity there is still hope for you today. God can make you a virgin again by cleansing you from all your sins. He can help you overcome the giant you are facing. Like David saw God we need to see God bigger than our problems… In fact David messed up too – He fell in adultery[2]…and he lived quite some time without confessing and life wasn’t fun. Living in guilt is one of the most disturbing things in life. Later by God’s mercy God convicted David of his sin. David repented of his Sin[3] and was forgiven by God.

PUT OFF & PUT ON A NEW ARMOR

David was an ordinary shepherd boy when he encountered Goliath. Initially people saw him as a proud and arrogant lad making tall claims. However he was brought to the courts of King Saul who finally was willing to send David to fight Goliath but insisted that David wears the Kings armor. David tried to fit himself in that huge armor and that must have been a funny sight to watch. Some times my two year old Son wears my T shirt and it’s really funny to see him like that. David was not comfortable with Saul’s armor and decided to put it off. He’d rather depend on God. If you have God on your side a Sling and a few stones are sufficient to bring the giant down.

This principle of putting off and putting on is a very important one. We need to learn to put off wrong ideas about Sex that we pick up from movies, scores of soap operas, and many forms of media. These ideas are not based on the truth about Love, Marriage and Sex. Sex wasn’t invented by Hugh Hefner but by God. We need to learn and understand the truth about love, marriage and sex from the Bible. David got his identity from the God of Bible. He challenged the identity of Goliath[4]…David’s identity did not come based on popular opinions but based on Truth.

For example one of the popular campaigns against AIDS is the recommendation of “Safe Sex.” This is a very humanistic ideology. We need to putt this idea off. What we need to put on is what the Bible teaches. The Bible teaches us on Morality (No sex before marriage, no multiple partners etc.) Fidelity (being faithful to your Spouse) – Next time some one or something entices you to lean on an idea that is not Biblical make sure you reject it. And put on the right idea even if it is not popular. Contraceptives do not provide safety…they cannot protect you from physical & emotional damages…but Morality can protect you physically, mentally, socially, emotionally and spiritually.

THE TRUTH ABOUT LOVE, MARRIAGE & SEX.

What do you think is the opposite of Love? I ask this question to a lot of people. The common answer I get from most is “Hate.” But that’s a wrong answer as hate is an emotion and Love is not- true love is a choice we make to be & do right. Indifference is the opposite of Love for it is a deliberate choice we make to show our apathy to people and situations. The Bible has a lot to teach on True Love. Jesus modeled true love for us.

A Marriage based on true love has a lot of hope. Marriage will sustain itself beautiful when it is built on mutual love, mutual trust, mutual understanding and mutual respect. This can happen when couples make Jesus the Lord of their marriage. Sex is God’s idea. He created it within a context. Sex is beautiful only within the context of Holy Marriage. Sex outside of holy marriage is not only ugly but damaging as well. Remember, strong families make a strong society and one of Giants that challenges the Holy institution of Family is infidelity. We need to fight this goliath by basing our lives on the Truth about Love, Marriage and Sex.

Many of the Psalms were written by David. Many of them were written when he was a shepherd boy and many were written when he became the King of Israel. Many Psalms are a personal reflection of David’s daily walk with God. David is famous for his victory over Goliath with a mere Slingshot but what many do not realize is that his main strength came in his pursuit of God in the midst of his failures, sins, limitations and anxieties. David experienced God. It’s one thing to know about God and totally another thing to know God. David was not a coward. His experience with God made him fight the Lion and the Bear before he met Goliath. He conquered these wild animals in his private life before he took on Goliath in the public arena. There are many kinds of Lions and Bears that disturb our minds. They can be lustful thoughts, secret temptations to do things in hiding. We need to learn to experience God both in our private and public life. The Goliaths of our private life needs to be defeated before we defeat the Goliaths of our public life. This can happen when we crave for God moments and experiences daily…

CONCLUSION: WHAT TO DO IF YOU’VE GONE TOO FAR.

If you have gone too far in giving your virginity away we at Sixteen28 want you to know there is hope for you. God can give you a fresh start. It’s never too late with God. Jesus can make you a virgin again. No matter what you have done, God loves you and is eager to forgive you. All you need to do is to ask for His forgiveness. All of us need forgiveness but not all have asked for forgiveness. If you ask for His forgiveness today you shall be forgiven by Jesus right now. History is full of Christians who made unwise choices about sex and then repented. God still forgave them, used them. He can do the same for you. God still has good plans for you if you follow Him. God promises to heal you of your wounds. In fact He can even use your pain, suffering, confusion to comfort and encourage others.[5]

If you have gone too far there is hope for you…if you think you have not fallen be sure to proactively fight this Goliath with the principles of the Bible…Take heart and do not let your hearts be troubled…God is near and you can run to Him today for Comfort, healing and acceptance!

[4] And David spake to the men that stood by him, saying, What shall be done to the man that killeth this Philistine, and taketh away the reproach from Israel? For who is this uncircumcised Philistine, that he should defy the armies of the living God?

This entry was posted in Bogi Blogs. Bookmark the permalink.
Loading Comments...