What Happens When Failure Strikes 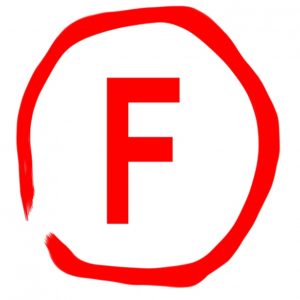 It will go down as one of the biggest disappointments in football history. It was the first semifinal match in the 2014 FIFA World Cup. Brazil was playing Germany on home turf. Both teams had an undefeated record in the tournament up to that point.

While Brazil had lost striker Neymar to injury in the quarter finals, analysts still expected a close match. They felt the home crowd could provide an advantage to Brazil.

The game, however, ended in a shocking loss for Brazil; Germany led 5–0 at half time, with four goals scored within six minutes, and subsequently brought the score up to 7–0 in the second half. Brazil scored a consolation goal in the last minute, ending the match 7–1.

The outcome was the worst loss by a host country in World Cup history. It was a failure that deeply affected Brazil’s national pride.

While this failure took place on the international stage, none of us are immune to disappointments in our personal lives. Sooner or later, there is bound to be closed doors, broken relationships, financial failure or disappointing results.

Failure is inevitable. Many give up simply because they’ve failed. Worse still, some people label themselves as “failures.” But there’s a marked difference between saying you’ve failed once or twice, or even several times, and calling yourself a failure.

While we cannot undo past failure, we can learn from it. The important question is: How do you handle your mistakes? Do you get up after you have fallen, or do you stay down?

Sir Winston Churchill wisely said, “Success is not final; failure is not fatal. It is the courage to continue that counts.”

Failing in a game can be very emotional, but failing in life can be even more discouraging. Life is a lot bigger than a game of football.

It’s, therefore, critical to take an honest look at our own lives. It’s true that “The unexamined life is not worth living.”

The Bible records true stories of people who failed miserably. Moses murdered, Noah got drunk, Jonah ran away from God and Peter failed Jesus not once but thrice. If their lives were a football game each of them deserved a red card. Yet, despite their moral failures, God never turned his back on them. He restored them and made them true champions.

God can help you today as you wrestle with your failures and past mistakes. This book invites you to consider who Jesus is, and to examine His significance for your own life.

One of the common responses to Jesus is to realise our personal guilt before God. Peter, for example, in Luke’s account of his first meeting with Jesus exclaimed, “Go away from me, Lord; I am a sinful man!” (Luke 5:8). But Jesus still calls Peter to himself. Later on in the same book Jesus says, “I have not come to call the righteous, but sinners to repentance.” (Luke 5: 32)

All humanity has turned away from God. We want to be the master of our own lives and make our own rules. In our feeble attempts to live life on our own terms, we fail repeatedly. But Jesus reaches out to us in grace.

The ultimate goal we can score is not on a football field but in real life – and that will happen when we come to Jesus, recognising that only he can redeem our past failures and mistakes.

We need to realise our desperate spiritual malaise and ask Jesus to make us a new person. Here is a prayer that you can say to commit your life to Jesus.

I have been living my own way. I know I have fallen

short of your standards. There are many things in my life that

don’t even match the standards I want for myself. Thank you that

you have taken the punishment I deserve for my wrong attitude

toward you and others. Please give

into action, so I love and care for others.

for the rest of my life.

If you prayed this prayer with sincerity, tell someone about it – maybe the person who gave you this book. Talk to them about what it means to live for Christ. Get involved in a church so you can grow to know Christ more fully. He takes our past, our failures, and our mistakes and turns them into something good for His glory.

This entry was posted in Headline. Bookmark the permalink.
Loading Comments...